It’s been a long time… I shouldn’t have left you… without a dope post to step to… It’s been nearly 2 months since I wrote the last article about ES6 promises in late September. Since then I’ve been able to share what I’ve learned about ES6, speaking at Nodevember 2015 and Little Rock Tech Fest 2015.

At the end of the article about native ES6 promises, I mentioned that I would post about generators next. That was a bit premature. There are a couple of building blocks that we need to talk about: the new for-of loop, iterators & iterables, and the new collections added in ES6. After that we should have everything we need to deep dive into the asynchronous world of generators. So let’s talk about the new for-of loop!

The new for-of loop introduced with ES6 allows for iterating over an array (or any iterable) in a succinct fashion similar to how we can iterate over the keys of an object using for-in.

For the most part, there’s nothing really too earth-shattering here. We just now get the functionality that exists in other programming languages and has been sorely lacking in JavaScript.

But keep on readin’ to learn the ins and outs!

Over the last two decades of JavaScript, developers have iterated over elements of an array using the simple for loop.

There’s nothing wrong with this approach, but it just feels like a lot of code to write these days. We have to keep track of the loop counter variable (i in the above example), tell it to increment by 1 with each iteration (i++), and control when the iteration ends (i < list.length).

But if we wanted to be totally accurate, we should write the code like this:

This is because the JavaScript engine will actually hoist i to the top of the function (see the article on block-level scoping for more on variable hoisting). Also in the previous for loop, list.length gets accessed with every iteration of the loop even though it doesn’t change, so storing it in a length variable is a tad bit more efficient. This all seems overkill when all we want to do is iterate over each element of the list.

If you’ve used other programming languages such as Python, you may be tempted to use for-in with arrays for a more succinct syntax:

But you SHOULD NOT DO THIS! Depending in the JavaScript engine, it could iterate in an arbitrary order. Furthermore, other properties on the array (such as length) could also be included in the iteration (older version of Internet Explorer do this). Finally, the iteration variable (i in the above example) is a String, not a Number so if you try to do any math with the variable (such as i+1), you’ll actually be preforming string concatenation instead of addition.

The syntax feels less verbose because we no longer need to maintain the loop control variable and the method automatically runs to completion of the array for us. But using forEach has some unfortunate drawbacks.

With a normal for loop you can break to end the loop early. There isn’t a way to end forEach early. Including break within the forEach callback function will be a syntax error. It is only valid within loops.

Lastly, only Array objects have the forEach method. Other array-like objects (such as arguments or DOM NodeList) unfortunately do not, leaving us to do “clever” tricks with Array.prototype.apply.

With the new for-of loop, ES6 aims to bring the best parts from all three of the previous approaches.

We get the succinct syntax of for-in, the run-to-completion of forEach, and the ability to break, continue, and return of the simple for loop. Now JavaScript has a loop control structure that is just as succinct as what you will find in Python, C# or Java.

Why a new operator?

So why the new for-of operator? Why not just make for-in work correctly with arrays? They look almost identical, right? Great questions!

One of the primary objectives for the TC39 committee when coming up with new ECMAScript features is maintaining backwards compatibility. There are trillions and trillions of lines of JavaScript code out there in the Wild Wild Web, and new versions of JavaScript cannot break that code. There are probably thousands (if not millions) of lines of JavaScript code that are intentionally or unintentionally relying on the brokeness of how for-in works with arrays. Fixing for-in to work how for-of now works would have a side effect of breaking all of that code. So unfortunately we need a new operator.

But for-of doesn’t just work for arrays. If it did, it probably wouldn’t have been meaty enough to add to the ES6 specification. Other existing collections like the DOM NodeList object, the arguments object, and strings also work with for-of. Just like with arrays, this makes it a little bit easier to iterate over these non-array objects.

When you use for-of with a string, you iterate over each character in the string:

ES6 also introduces some new collections (Map, Set, WeakMap, and WeakSet), which we’ll discuss in detail in the next article. These work with for-of as well. Essentially for-of can iterate over any object that is iterable. That’s where the power & worth of for-of really come through. An object is iterable if it implements a default iterator. This probably won’t make too much sense at the moment, but we’ll learn all about iterators and iterables right after we cover the new collections.

According to the ECMAScript 6 Compatibility table all major & modern JavaScript engines (transpilers, browsers and servers) support the for-of operator.

Normally there would be a separate code examples page where you would find all the code used in an article, but there was hardly any substantial code used in this article. for-of is pretty straightforward. That’s probably also why there aren’t any for-of-specific ES6 Katas either.

The for-of operator, iterators & iterables are heavily tied together, so there aren’t any blogs or books that talk about for-of separately like I’ve done here. for-of can be used without custom iterators and most developers will just use it with arrays as described above, so I felt that it was useful as a topic on its own. It is pretty straightforward, but if you’d like to read some more:

I promise not to have another 2-month delay between articles. Up next will either be a deep dive into the 4 new collections added in ES6 (Map, Set, WeakMap & WeakSet) or a comprehensive look at iterators and iterables. There essentially is a circular dependency between the two topics (either one requires some understanding of the other), but I’m leaning towards talking about the collections first. You could get away without knowing anything about iterators and still use the new collections. Until then… 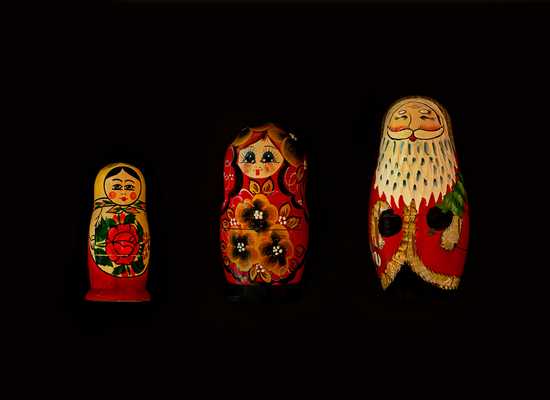 I feel like all the articles in the Learning ES6 series have been leading up to generators. They really are the feature most JavaScript… 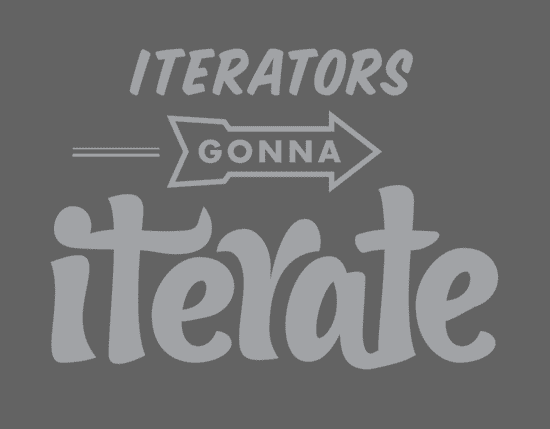 We’ve talked about the new operator and new collection APIs, so now we’re finally going to talk about iterators & iterables. We’ve been…

Template literals and tagged templates comprise topic #6 in the Learning ES6 series. If you’re new to the series, we most recently covered…